Skillet and Creed at Aaron’s Amphitheatre at Lakewood in Atlanta, Georgia

Though the majority of the nearly-sold-out crowd at Aaron’s Amphitheatre at Lakewood in Atlanta, Georgia was there to see the highly-talented Creed, loyal Skillet fans welcomed John Cooper, Korey Cooper, Ben Kasica and Jen Ledger as they exploded onto the stage with their hit “Hero” from their most recent album, Awake.

Skillet continued to rock the energetic crowd with “Whispers in the Dark,” from Comatose. The addition of violinist Jonathan Chu and cellist Tate Olsen have become a staple in Skillet’s live performances—proving that more traditional instruments can still bring the rock. Another staple of Skillet concerts are the two platforms that raise members high above Jen Ledger as she beats the drums.

They slowed things down to play the mysterious ballad (John has repeatedly refused to explain what the song is really about) “Lucy.” Then they burst into “The Last Night.”

While they played, there was a spot of adorableness, visible only to those of us who sat on the right side of the stage. We could see a side of backstage where stood the Cooper’s two children, wearing earmuffs and rocking out as their parents performed!

Playing only songs from Comatose and Awake, the crowd favorite was their current chart-climbing single “Monster.” Fans shouted, raised their fists in the air, and jumped around. Skillet ended their powerful set with “Rebirthing.”

As Skillet’s set came down and Creed’s went up, anticipation buzzed through the air. Soon, the stages lights went out, immersing the crowd in darkness. The smoke machine hissed, silhouettes walked onto the stage, strobe lights came to life and Creed errupted with “Bullets” from the album Weathered. No one in the crowd was sitting

Then they went back to the beginning and played “My Own Prison” from My Own Prison. It’s a gorgeous song, and even more gorgeous live.

Creed did a good job of playing songs from all four albums. Perhaps one of the most memorable moments of the night was listening to “One” also from My Own Prison, and hearing the massive crowd sing with Scott Stapp, “One, oh one, the only way is one!” Stapp kept his finger pointed up and many in the amphitheatre did the same.

Many may argue, but God was there when the crowd again sang with Stapp, “We all live under the reign of one King,” during the song “What’s This Life For” from My Own Prison.

“Give up for Skillet!” said Stapp at one point. He grinned. “I like Skillet. I think I could tour with them forever.” Loyal Skillet fans shouted with delight.

Creed ended the night with an encore of one of their most popular singles, “Higher” from Human Clay. Guitarist Mark Tremonti threw a handful of picks into the pit. Drummer Scott Phillips tossed his drum sticks into the air and numerous hands reached up in hopes of going home with a souvenir. They stood for a moment, as if for a photo-op, waving to the crowd and smiling; then, they left the stage to close a fantastically loud (I pity anyone who didn’t wear earplugs) night of music. 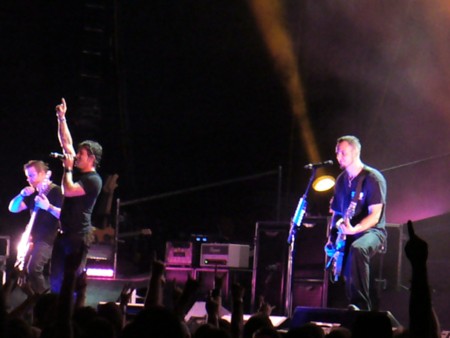 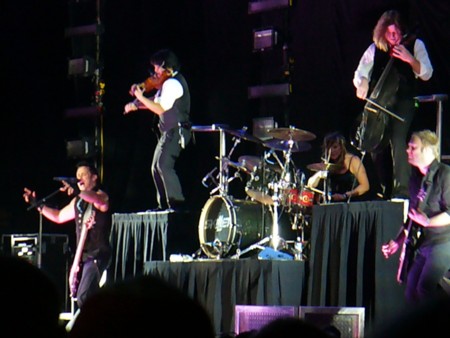 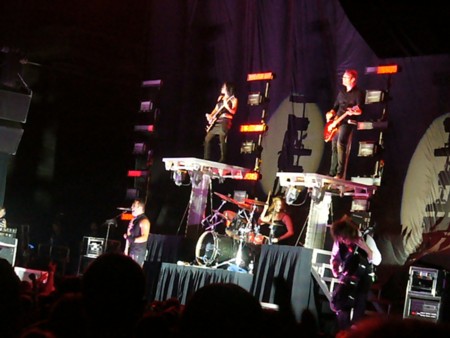 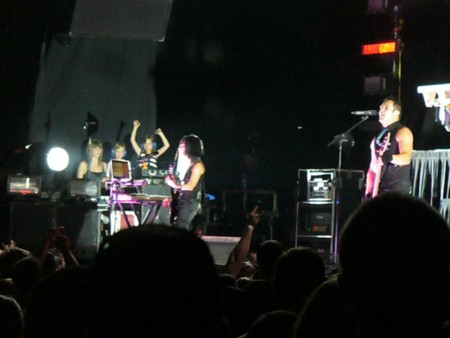 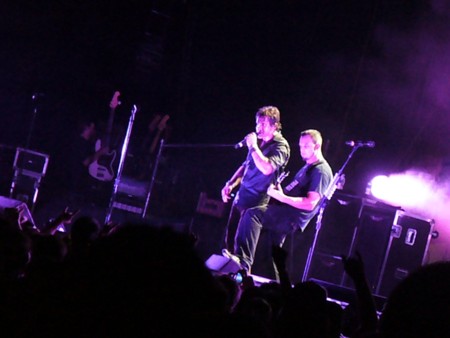 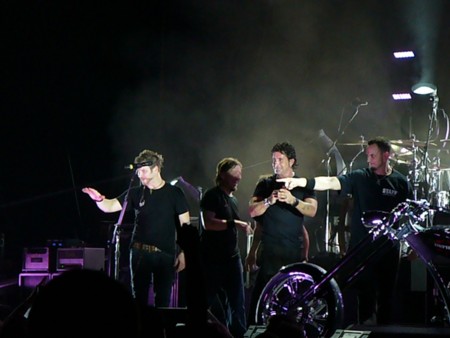