SKILLET’S “MONSTER” TO BE USED on WrestleMania 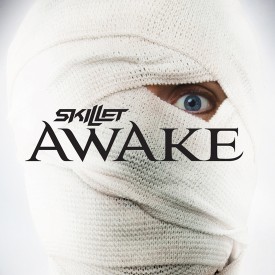 As they near the close of an exciting street week, SKILLET’s active rock single “Monster” (currently #26 on the Active Rock BDS/Billboard chart and #28 on the Mediabase chart) will be used during the “25th Anniversary of WrestleMania – World Television Premiere” this Sunday, August 29th on NBC at 9:00 p.m. (ET/PT).  This Special will feature all the action from the original April 5, 2009 Pay Per View broadcast, but condensed to one hour.  Unforgettable performances will be highlighted from WWE Superstars including Triple H, Randy Orton, John Cena, Big Show, Edge, Undertaker, Shawn Michaels, Jeff Hardy and many others.

**WWE programming reaches nearly 16 million people per week in the U.S., and is available to nearly 500 million homes worldwide.  “WWE Superstars” is the newest addition to WWEs line up, a one-hour show, which recently premiered on April 16th, 2009 and has been WGN America’s most-watched Thursday telecast every week since its premiere.
www.skillet.com
www.myspace.com/skilletmusic