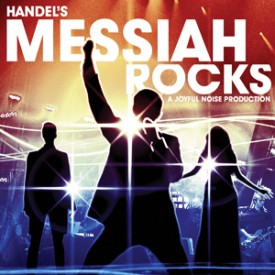 The Handel’s Messiah Rocks CD features a full orchestra and rock band, choirs and magnetic leads.  The album features powerful voices in stage and screen including LaChanze who won a Tony Award for her role as Celie in “The Color Purple,” J. Robert Spencer who played Nick Massi in the original Broadway Cast of “Jersey Boys” and received a Tony nomination for the lead role in “Next To Normal,” in addition to MiG Ayesa who, among other credits, was a finalist on CBS’ “ROCKSTAR: INXS.”  The DVD also features The Boston Pops conducted by Keith Lockhart featuring additional behind-the-scenes bonus footage and interviews.

National audiences will get to view the DVD on PBS this holiday season.  The show will then embark on a multi-city tour across the US starting in 2010 during the Holiday Season.

Handel’s Messiah Rocks brings a new genre of music to the masses, effortlessly embracing all generations while reinvigorating one of the most beloved musical compositions of all time. For more information on the Handel’s Messiah Rocks CD & DVD, National Tour and PBS airings please visit: www.MessiahRocks.com.

Handel’s Messiah Rocks, adapted by Jason Howland and libretto adapted by Dani Davis, is based on the original oratorio by George Frederick Handel with libretto by Charles Jennens. It is produced by NETworks Presentations, LLC and directed by Dani Davis.

Integrity Music is a label of Integrity Media, a privately owned media communications company that produces, publishes and distributes Christian music and related materials that are sold within the U.S. and over 160 other countries.

NETworks Presentations, LLC (Producer) Founded in 1995 by Kenneth Gentry, Seth Wenig and Scott Jackson, NETworks has produced and managed over 70 national and international touring productions. Previous productions include Oliver!, Little Women, Jekyll & Hyde, Kiss of the Spiderwoman, Cinderella, among many others. Joining returning hits Annie, Hairspray and The Wizard of Oz this season are Disney’s Beauty and the Beast, Young Frankenstein, and the Lincoln Center’s production of Rodgers and Hammerstein’s South Pacific. 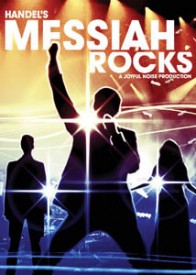