Dove Awards’ “Artist of the Year,” Francesca Battistelli Due to Release A Hoilday Album 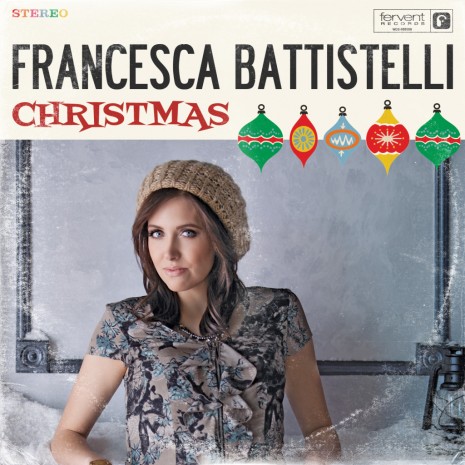 A Very Special Christmas: Bringing Peace on Earth and

Battistelli’s 11-track album, Christmas, produced by Ian Eskelin, is comprised of both classics and some newly-penned Christmas tunes. The traditional songs include: “Have Yourself A Merry Little Christmas,” “Marshmallow World,” “O Come, O Come, Emmanuel,” “The Christmas Song,” “What Child Is This? (First Noel Prelude),” “Go Tell It On The Mountain,” and “Joy To The World.” The new songs all co-written by Battistelli are: “Heaven Everywhere,” “Christmas Is,” “Christmas Dreams” and “You’re Here.”

“I am beyond excited about this Christmas album,” said Battistelli. “My producer, Ian Eskelin, did an incredible job bringing my vision for these songs to life, and I can’t wait for everyone to hear them!  Christmas is my favorite time of year, and I hope that this album is one people want to listen to year after year.”

1. The Christmas Song
2. Heaven Everywhere
3. Christmas Is
4. What Child Is This? (First Noel Prelude)
5. Marshmallow World
6. O Come, O Come, Emmanuel
7. Have Yourself A Merry Little Christmas
8. You’re Here
9. Joy To The World
10. Christmas Dreams
11. Go Tell It On The Mountain

Since her debut in 2008, Francesca Battistelli has earned a Grammy nomination (Best Gospel Performance), six Dove Awards including 2011 “Artist of the Year” and 18 Dove Award nominations. Both her debut album, My Paper Heart, and her 2011 sophomore release, Hundred More Years, took the No. 1 spot on Billboard’s Christian Album chart. With over 700,000 in album sales to date, she is the best-selling new artist in the genre in the past eight years. Her music has also been featured on TLC’s Jon & Kate Plus 8, ABC’s Extreme Makeover: Home Edition, NBC’s The Biggest Loser, Fox’s So You Think You Can Dance, and several other television and movie outlets.